The Nationally Determined Contributions (NDC) of Turkmenistan demonstrates the country's ambitious goal of reducing greenhouse gas emissions in accordance with the commitments under the Paris Agreement and in support of global efforts to tackle climate change.

This strategic national document in the field of climate change, developed by the Government of Turkmenistan in close collaboration with the United Nations Development Programme (UNDP), sets out a plan to prevent dangerous climate change, with the long-term goal of keeping average global temperature well below 2°C above pre-industrial levels, and attempting to limit the temperature increase to 1.5° to support the implementation of the Paris Agreement.

The planned reduction of emissions in the new NDC is a confirmation of the ambitious goal of Turkmenistan, which intends to reduce its greenhouse gas emissions (GHG) by 2030. This goal remains the highest of all possible ambitions that Turkmenistan can achieve by implementing measures to reduce GHG emissions in such sectors as energy, transport, agriculture, industrial processes, and product use (IPPU), waste, as well as by using co-mitigation benefits from adaptation measures to climate change.

The UNDP Country Office supported the development of updated NDC and will make its efforts  to achieve the goals set out in the presented NDC and its national priorities for the implementation of integrated low-carbon and climate-resilient solutions to join the global efforts on saving the planet.

NDC stands for Nationally Determined Contributions and represent the targets that each country has set to join the global efforts in tackling climate change, focusing on reducing greenhouse gas emissions and plans to adapt to the challenges of a changing climate.

These targets were established following the Paris Agreement on Climate Change - the first legally binding international treaty on climate change, which was signed by 196 Parties at COP 21 in Paris on 12 December, 2015 and entered into force on 4 November, 2016.

The first NDC of Turkmenistan was submitted to the UNFCCC in October 2016.

Turkmenistan ratified the UNFCCC in 1995 and the Paris Agreement in 2016 and actively takes part in international efforts to combat climate change. 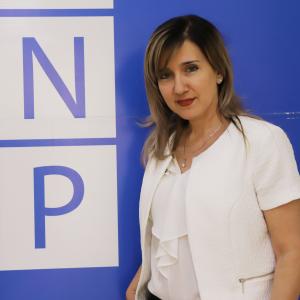