Esenaman site is located at a distance of 120 km from the cultural zone of Dashoguz region. 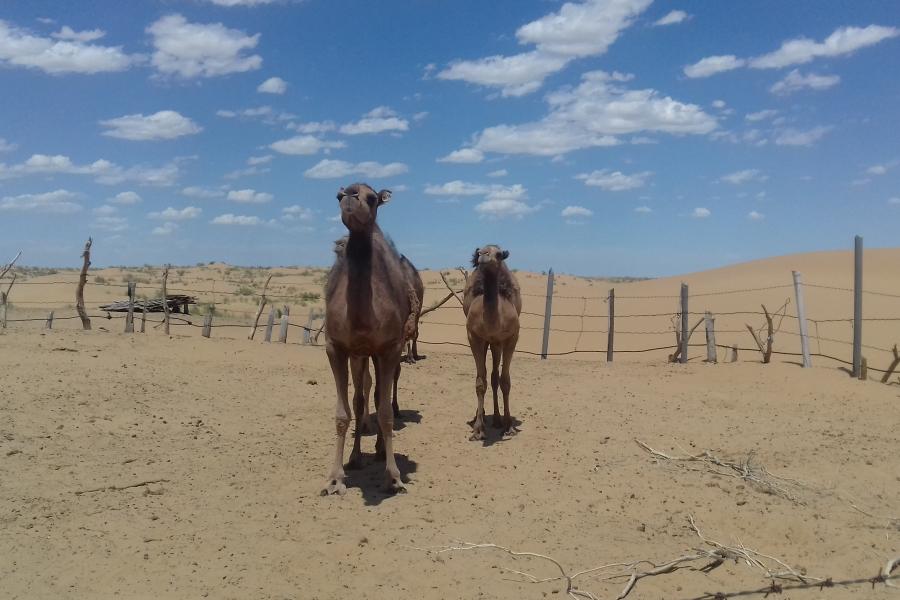 Esenaman is one of the major watering spots of the Garagum livestock farm, which has a livestock of around 32,000 sheep and some 1,700 camels. There are two sardobs on the site (traditional reservoirs for storing water that are built on pastures in the desert zone of Turkmenistan). However, over time, due to the negative impact of the external environment, they fell into decay or completely collapsed.

“Years between 1995 and 1997 were very difficult for the livestock sector. Due to changes in climate, those years were very dry, there was almost no rainfall. The productive capacity of pastures decreased, most of the wells dried up were not able to provide residents and their herds with water. Almost 25% of sheep died from weight loss and disease. Currently, the situation has not improved except in 2019,” says Saparmurat Mukhanov, a local specialist of Garagum livestock farm. “In 2019, there was a lot of rainfall, and on the contrary, there was a problem of water accumulation, since there were not enough functioning takyrs and sardobs to collect water. Most of them have not been repaired for a long time and therefore have failed over time.” 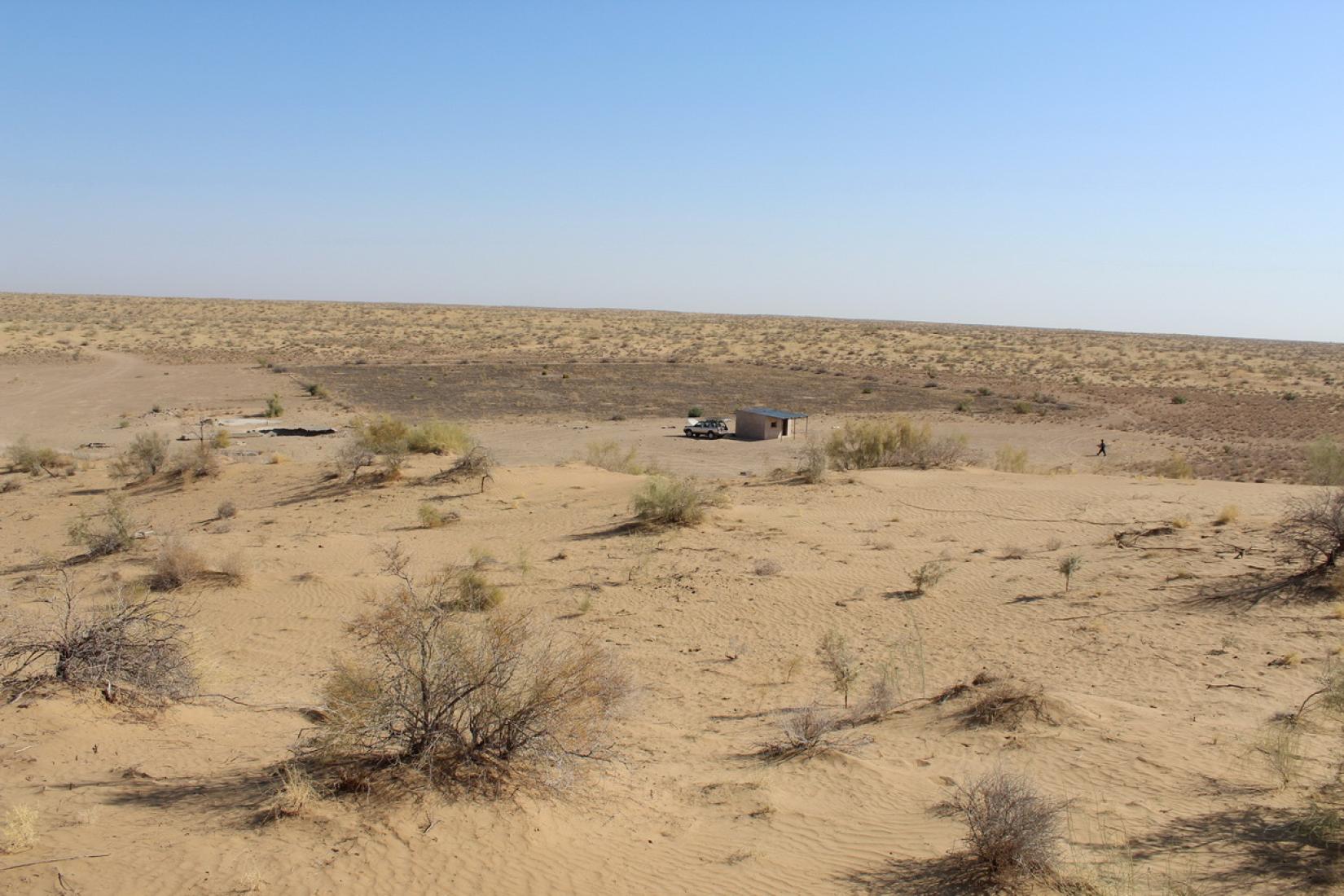 Earlier, sardobs on the Esenaman site were used to collect rainwater and to water livestock. But with the destruction of the sardob and kak (catchment area), as well as the cessation of water collection, the shepherds stopped grazing their livestock in this area. The pastures were neglected and are no longer suitable for desert cattle breeding. As a result, flocks of sheep graze in nearby sites and villages, such as Aji Guyy, Kirk Guyy, Damla and do not change their location for a while, which leads to increased pressure on natural pastures and desertification of these territories.

“Livestock breeding is a strategic sector of the country's economy that ensures food security, and if timely measures to increase sustainability are not taken, then this can lead to a decrease in economic and social well-being of the region. Sustainability implies a balance between water availability, fodder reserves and regulation of livestock numbers,” explains Ovezdurdy Jumadurdyev, UNDP / GEF project specialist. 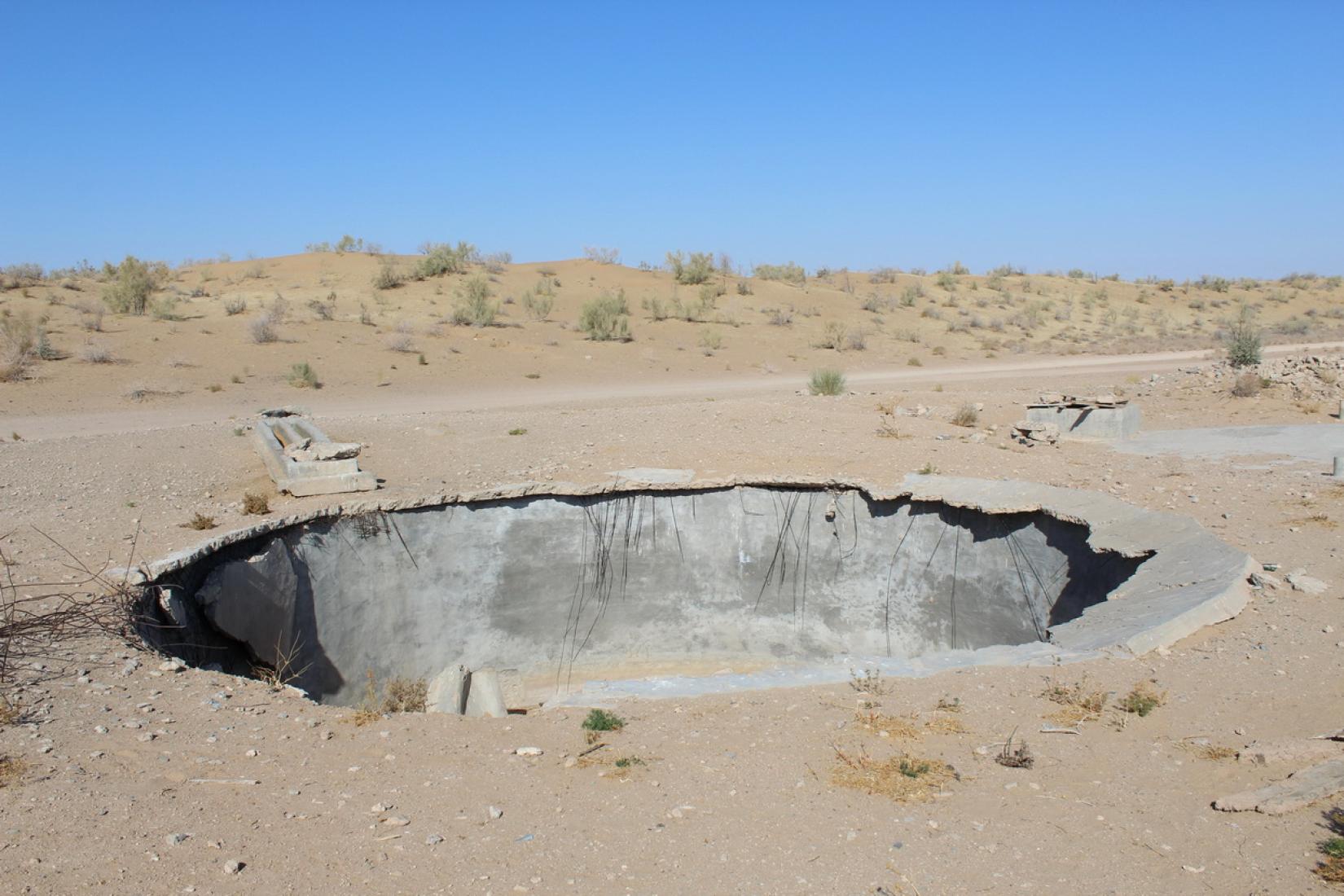 The restoration of Esenaman site and the catchment area on it will allow sheep flocks to be moved 30-35 km inland to the sands and will provide an opportunity for pastures of the Adjy Guyy site (30 km from Esenaman) to recover within 3-4 years. In addition, the Esenaman feed supply will increase the number of sheep by 2-3 thousand heads.

For this reason, the UNDP / GEF project “Supporting climate resilient livelihoods in agricultural communities in drought-prone areas of Turkmenistan” (SCRL) and and the EU-funded “Central Asia Nexus Dialogue Project” implemented by the Regional Environmental Centre for Central Asia (CAREC) in partnership with the International Union for Conservation of Nature and with the support of the Executive Committee of the International Fund for Saving the Aral Sea (IFAS) joined forces to introduce innovative technologies to increase adaptive capacity at Esenaman. 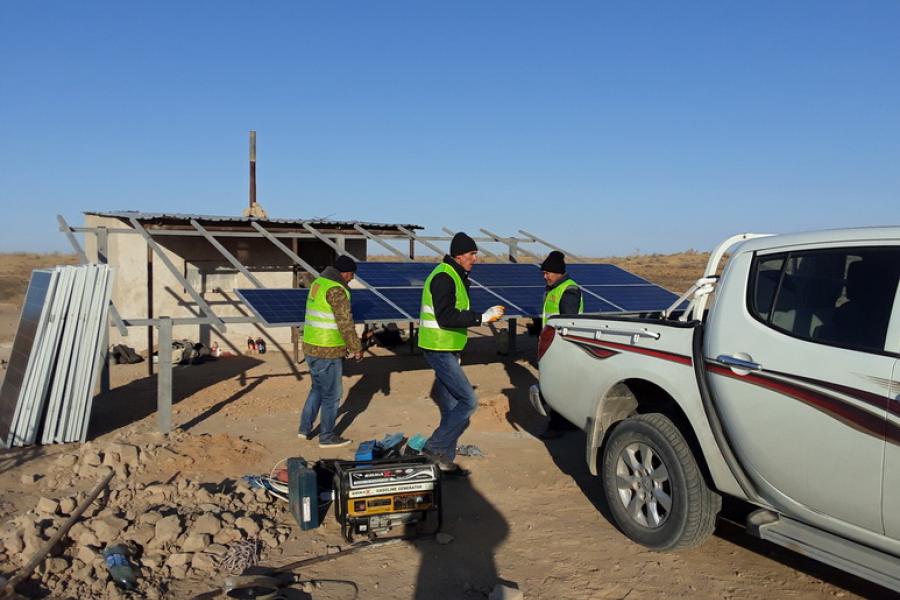 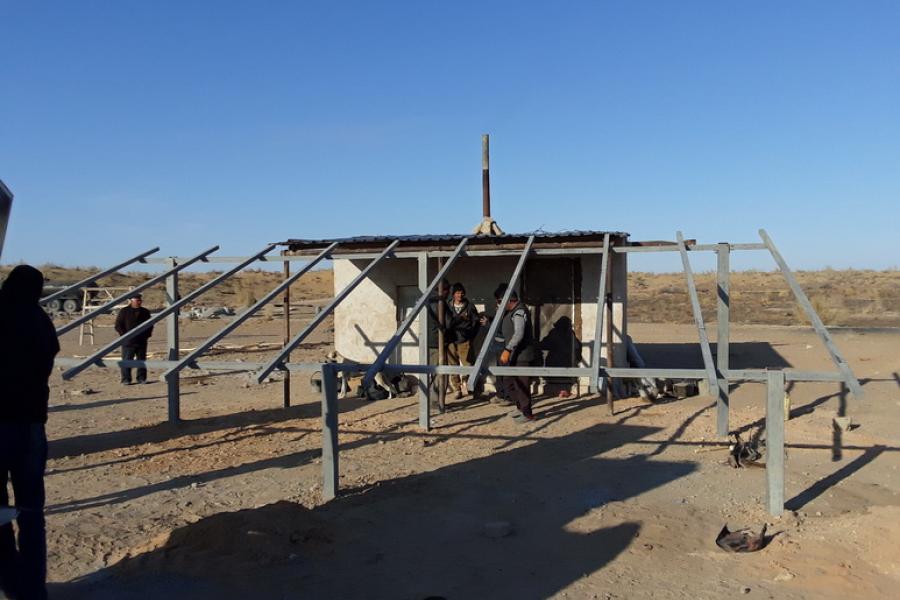 In fall 2019, solar-powered pumping equipment was installed, and several measures were taken to restore sardob and kak.

1. Sardobs were reconstructed and fenced off that would prevent grazing animals from damaging the structure.

2. The use of solar energy is an environmentally friendly solution in desert conditions where access to electricity and power lines is limited. Energy is used to ensure the operation of pumps that pump water from sardobs for drinking livestock needs.

3. A scheme was also proposed for sustainable pasture turnover in Garagum livestock farm. These measures will help preserve the existing pastures and increase the productivity of livestock farming.

The next step is to restore the vegetation around Begish sardob by repairing two 250m³ sardobs and concreting 1 ha of takyr as part of the project’s grant activity.

“The implementation of these projects will contribute to the flooding of additional pasture areas, thereby reducing the burden of degraded pasture plots. Restored sardobs during the rainy seasons will be able to provide water for about 4 herds, this is more than 2,400 sheep. Shepherds with their families will be able to move to these territories and stay here for two seasons,” explained Saparmurat Mukhanov, a local specialist at Garagum livestock farm. 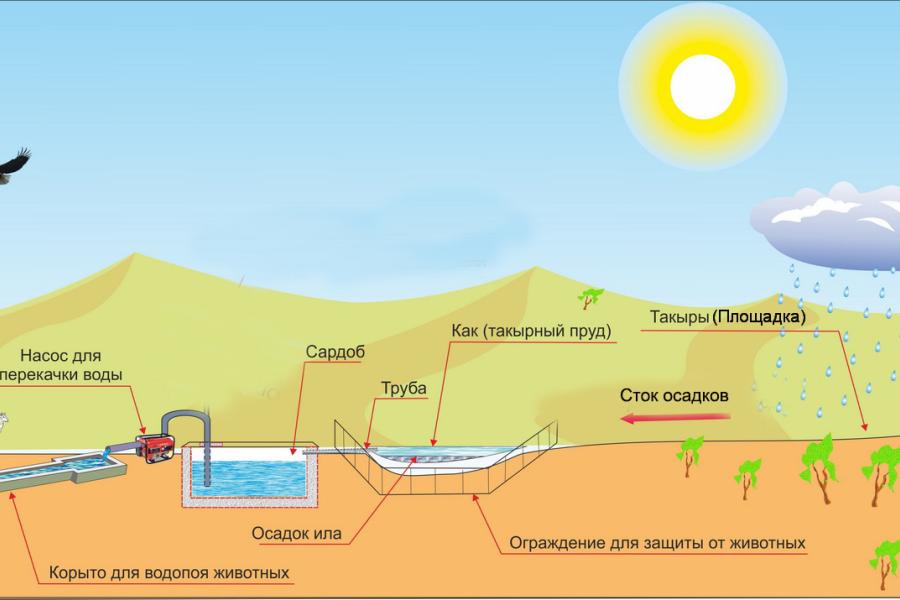 It is planned to repair two existing houses for shepherds at their own expense on this site. At present, the territory of Begish sardob is landscaped, trees have been planted, drinking bowls for livestock have been built. It is planned to turn this site into an oasis in the future, so that not only local shepherds, but also the passers-by can use it to get some rest.

Therefore, UNDP/GEF project will ensure food security by increasing the number of livestock and the development of new pastures, this will save ecosystems and restore the vegetation cover of pastures, where livestock overgrazing is currently underway. 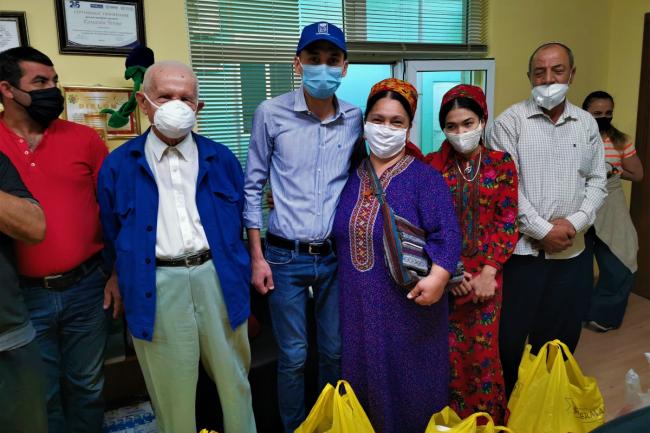 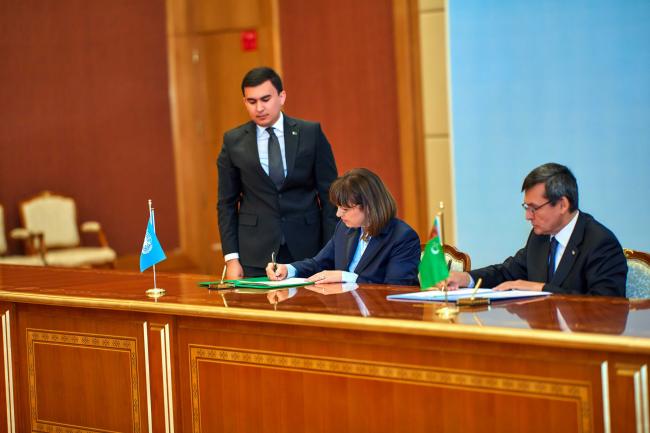 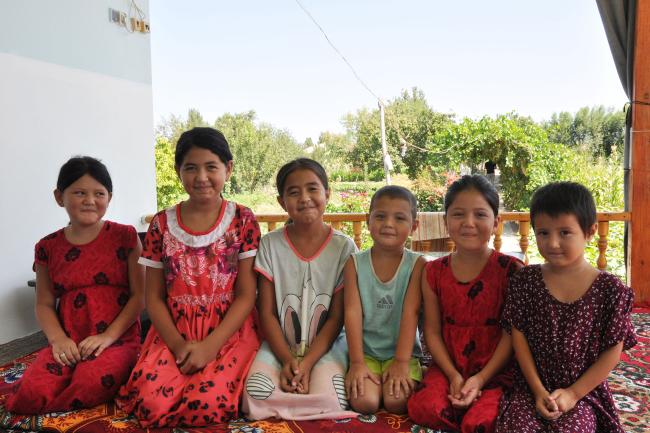 Harnessing the power of data in Turkmenistan

As many other ethnic Uzbek women who live in rural areas of Dashoguz province in Turkmenistan, Zulfiya Orazova, 63, is engaged in household chores