The focus of the round-table, organized by the National Institute of Democracy and Human Rights under the President of Turkmenistan and UNFPA, United Nations Population Fund was to establish a monitoring and evaluation framework for the National Action Plan (NAP) on Gender Equality in Turkmenistan for 2015-2020.

The Working Group of the Interministerial Commission on the implementation of the international obligations of Turkmenistan in the area of human rights, with participation of UNFPA, UN Women, UNDP, met to agree on the framework of the monitoring tool to be used to track the progress of the National Action Plan.

This was a follow-up meeting to the Coordination meeting of national stakeholders with the UN agencies on implementation of the NAP on Gender Equality, organized by the Ministry of Foreign Affairs of Turkmenistan in July 2016.  At the July meeting, a road map has been developed by thirty-two members of the Working Group with concrete activities and actions to successfully implement 14 strategic tasks spelled out in the NAP on Gender Equality, identification of a coordinating agency among government structures for each objective and setting the timeline for implementation of every activity.

In his opening remark, Mr. Batyr Orazov, Deputy Director of the National Institute of Democracy and Human Rights noted that significant work has been accomplished by ministries and public organizations of Turkmenistan in implementation of the National Action Plan on Gender Equality in Turkmenistan.  “Identifying clear indicators for the NAP on Gender Equality will help better measure the results of the activities in the area of gender equality and women empowerment,” he stressed.

Ms. Bayramgul Garabayeva, UNFPA Assistant Representative stated in her opening speech that Turkmenistan plays a leading role in adoption of the Sustainable Development Goals and nationalizing the targets and indicators of the Global Goals.  The monitoring indicators developed for NAP will also be relevant for the national plans and development strategies in the area of gender of the line ministries. This will also contribute to the overall monitoring and evaluation system currently being developed for the adopted National Human Rights Action Plans. Ms. Garabayeva assured the national partners that UNFPA stands ready to support in providing the methodology and data collection, including establishing baselines.

Prior to the discussions on the framework for monitoring the Plan, the overview of the international practices in developing and conducting the monitoring and evaluation framework of the national action plans in the area of gender equality have been presented by Mr. Dovran Yamatov, UNFPA National Programme Associate on Population and Development and Gender equality.  Mr. Yamatov introduced the proposed monitoring and evaluation framework for the NAP on Gender Equality in Turkmenistan.

The members of the Working Group have reviewed 14 targets and activities of the National Action Plan, established the expected results, baseline and target indicators, discussed the possibility of costing the plan and updated the partners and responsible agencies. Next steps have been identified by the members of the Working group in further improving the framework and actions to finalize it.

“Turkmenistan regularly presents its periodic reports to the Committee on the Elimination of Discrimination against Women,” noted Ms. Garabayeva. “While the establishment of the solid monitoring and evaluation framework will serve as an important instrument for successful implementation of the Plan, the data collected on gender equality and women empowerment during monitoring and evaluation, will also be a good asset in presentation of the results to the Committee.”

The NAP on Gender Equality was developed with support of UNFPA and approved on 22 January 2015, and substantial work has already been done for realization of the plan. This includes awareness raising trainings among line ministries, legislative analysis and its improvement, studies of international legislative practices in domestic violence, and dissemination of information on gender equality among the public.

The plan also addresses the issues on elimination of discrimination against women, promotion of equal opportunities for women, equal access to quality education, health care and the labor market, as well as the fulfillment of international treaty obligations. The NAP aims to strengthen national capacity on reporting, monitoring and implementation of Convention on the Elimination of all Forms of Discrimination Against Women (CEDAW) and other human rights obligations relating to gender equality. 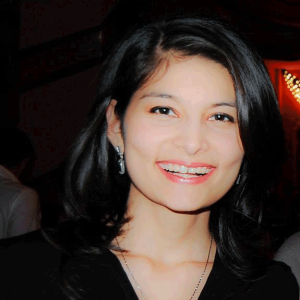