The United Nations agencies in Turkmenistan took part in the conference and exhibition entitled “Turkmenistan and International Organizations: Partnership for Global Peace and Development” organized by the Institute of International Relations of the Ministry of Foreign Affairs of Turkmenistan.

In her speech, UN Resident Coordinator Ms. Jacinta Barrins congratulated the Government of Turkmenistan on election to these UN Commissions stating that Turkmenistan has made significant achievements on the national level, including SDG nationalization process, and has experience to share internationally.

Ms. Barrins noted the 48th session of the UN PDC convened this day in New York with the priority theme of the session, “Strengthening the demographic evidence base for the post-2015 development agenda.”

She stressed the significance of improving data collection, its accuracy, and evidence based results, “It’s vital to have accurate data and to make sure it is used in policy making”, she said, advocating for moving into a research field too, as research results may serve as a basis for policy-making.

The Special Representative of the United Nations Secretary-General for Central Asia, the Head of the UN Regional Center for Preventive Diplomacy for Central Asia (UNRCCA), Petko Draganov and the United Nations Children’s Fund (UNICEF) Deputy Representative, Alena Sialchonak have also spoken on the UN-Turkmenistan cooperation. They called for increased investments into the early childhood development and stressed the importance of Turkmenistan’s role in peacekeeping. 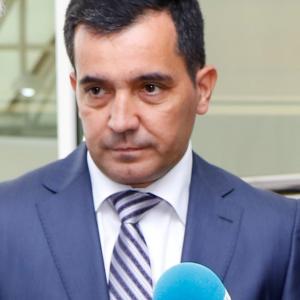