The global population is projected to reach 8 billion on 15 November 2022, according to the World Population Prospects 2022, released today by the United Nations Department of Economic and Social Affairs. Reaching this milestone is both a cause for celebration and a clarion call for humanity to find solutions to the challenges we face.

For the first time in history, we are seeing extreme diversity in the mean age of countries and the fertility rates of populations. While the populations of a growing number of countries are ageing and about 60 per cent of the world’s population live in countries with low fertility, other countries have huge youth populations and keep growing apace.

Such diversity in population dynamics requires much more granular data for better and smarter policies. But focus should be on people, not population. In today’s world, the strength of a country is not measured in numbers, but in the education, skills and talents of its population.

In light of this, Turkmenistan is well positioned to seize the momentum of obtaining the comprehensive population data as the country prepares to hold the Population and Housing Census from 17 to 27 December 2022.  The upcoming census will provide a unique opportunity for Turkmenistan to generate, disseminate and use disaggregated data for domestic strategic planning and policy development.

Detailed census data will allow the Government to better assess the needs of various population groups, act on the demographic shifts, analyze their impact and develop a comprehensive population and social policies aimed at ensuring prosperity and well-being for all.

UNFPA is offering technical and advisory support to Turkmenistan and all countries in the region in their efforts to tackle the effects of shifting demographics through a regional Demographic Resilience programme.  Last year the member states in Eastern Europe and Central Asia launched a Decade of Demographic Resilience at a Ministerial Conference in Sofia in December 2021 to galvanize action for enabling countries to thrive in a world of shifting demographics.

Within the Decade of Demographic Resilience and as we approach November 2022, UNFPA will work with our partners and communities to harness the power of 8 billion as part of our mission to achieve the goals set out in the ICPD Programme of Action back in 1994. By protecting the rights and choices of all people to live healthy, empowered lives, humanity holds the key to unleashing the unlimited potential of people around the world to address the challenges threatening their societies and the global problems imperiling us all.

“This is a success story, not a doomsday scenario. Our world, despite its challenges, is one where higher shares of people are educated and live healthier lives than at any previous point in history,” said UNFPA Executive Director Dr. Natalia Kanem about the world of 8 billion. “Focusing exclusively on population totals and growth rates misses the point – and often leads to coercive and counter-productive measures and the erosion of human rights. In fact, people are the solution, not the problem. Experience shows that investing in people, in their rights and choices, is the path to peaceful, prosperous and sustainable societies.”

This moment calls for both vision and action. Governments can pursue people-centered population policies with sexual and reproductive health and rights at their core. The private sector can develop creative solutions, harnessing the power of innovation and technology for the global good. Artists and creative people around the world can apply their ingenuity and talent to inspire us and help us imagine the promise that a world of 8 billion people offers.

Collectively, we represent infinite possibilities for action, growth and change. Creating a more just and sustainable world requires urging the world forward towards equal rights and opportunities for one - and for all. 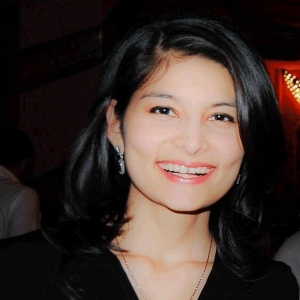